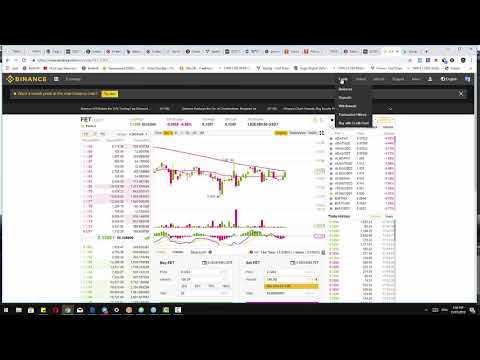 '''
the day was like any other. I got up, got dressed, showered and then I went to work. I checked the btc price as I booted up my laptop and went to write a bit of angular code for an antiquated page that wouldn't work without angular.
I sighed. I went to check the btc balance... and wtf. That couldn't be right. There was simply no trading activity on bittrex. That was confusing. Bittrex was down, binance was not allowing logins, kucoin was saying that btc was "suspended" Well that was not good. I went to my old coinbase account, and tried to buy bitcoin. Coinbase wasn't selling. Gdax trading had stopped.
Well... shit. Time to look at the blockchain itself. I popped open block explorer, and I was horrified. There were millions of transactions that had all been triggered. The mempool was swamped. And every single transaction was sending the entire contents of their wallet to one of the btc eater addresses. The entire money supply of bitcoin had been... burned.
I sat back in horror. I searched the blockchain for my wallet. My measly hoard of 10.5 btc had also been burned. I now had... no money. This.... was bad.
I told my boss I was feeling ill, went to my bank, got my private key, booted up my bitcoin core wallet and looked at my balance. 0btc. This was... pretty terrible.
I turned on the television a month later. Apparently, wells fargo had bought a supercomputer from the nsa, because the nsa was broke, because their director had gotten into a fight with trump in 2021 over russian soldiers on us soil, and trump had gotten their funding reduced to zero dollars. So they had sold a quantum computer to wells fargo. Wells fargo had turned around and used that supercomputer to calculate the private keys of every bitcoin wallet in existence and then.... shut the network down. Burned it with fire. Boom. Gone.
They had gone through not just bitcoin but through thousands of alt coins.
There were only a few surviving cryptocurrencies that had survived the fiery attack by the banksters. Those were the quantum immune cryptocurrencies. They had changed their PoW algorithm, or they signed their addresses differently, or they used one time signatures.
There were congressional hearings, and several people went to jail, wells fargo disavowed use of a quantum device to destroy bitcoin but they were found out.
That was the day that bitcoin had a fork to bitcoin-q. It was a non contentious fork, but that was only the beginning of bitcoin's woes. People had lost faith in btc, and another crypto had risen to take its place in marketcap and individual coin price. It had been a small and insignificant alt before the quantum attack. It had been worth less than $5 before the quantum hack. Now, it was worth well over $5000 (in rubles). It had STOLEN btc's value.
And that all happened because on a forum post in 2018, 3 years before the btc hack went down, a lone cryptographer on the btc forums on reddit who was yelling at other redditors about the need for a quantum secure blockchain protocol had been ignored and the users had gone on without realizing the absolute horrifying quantum danger the good ship btc was sailing into...
We need to implement quantum secure wallets or some other method to prevent quantum attacks. This needs to have happened yesterday, because soon a quantum computer will emerge. And then a malicious person will get their hands on it. And they will use the quantum computer to steal bitcoin, burn the system down, or launch 51% attacks. Quantum is an emerging threat that can kill bitcoin in an instant if we don't fix the quantum loopholes in the blockchain's armor. So get off your thumbs, tweet to the devs, write proposals, write code and lets get to work implementing a patch of some sort.
'''
The day the banks got a quantum computer.
Go1dfish undelete link
unreddit undelete link
Author: Serialnvestor

Google has claimed they were able to create the first quantum computer in the world. Can this be a threat to Bitcoin? Several people were concerend by the possibility that quantum computers could disrupt the crypto network, but Peter Todd, an ex- Bitcoin Core developer, doesn’t agree with them.. To understand why Todd doesn’t believe that this will be an issue, it is important to ... Ripple’s CTO, David Schwartz, believes that quantum computer systems shall be a risk to the safety of Bitcoin, XRP and different cryptocurrencies. Schwartz predicts that quantum computer systems will begin to develop into an issue inside the subsequent 10 years. However, it should be said that, according to several experts, Bitcoin would already have the characteristics to resist quantum computer attacks. Anyways, there are no further details regarding the NSA’s new cryptocurrency project, except for the confirmation by the director Neuberger about the fact that the agency is already working on it. The CTO at Ripple, David Schwartz has stated the reason why quantum computing is a risk to the future of Bitcoin, XRP, and cryptocurrencies at large. David Schwartz shared this thought on the Modern CTO Podcast. There, he stated that the cryptographic algorithms that secure digital currencies such as Bitcoin (BTC), Ripple’s XRP, and others […] This has lead to controversy between Bitcoin and Google’s Quantum Supremacy that continued in a twitter discussion dated on 24 September. When ex-Bitcoin developer Peter Todd led the criticism of Google achieving its Quantum supremacy. As per the claims made in the Financial Times, the proposed computer can solve an equation that may generally take 10,000 years to solve in just 3 minutes 20 ... März 2018 ] Snowden: NSA überwacht Bitcoin Transaktionen seit Jahren ... [ 19. März 2018 ] Binance führt dezentrale Handelsplattform ein ... Die Digitalwährung Bitcoin ist heute noch nicht quantum safe. Die Bitcoin Core Entwickler haben aber schon angekündigt einen Schutz gegen Quantencomputer einzuführen wenn dieser Notwendig werden sollte. Da es heute aber noch keine wirklichen ... Deshalb ist es weiterhin interessant, ob Bitcoin-Developer sich überhaupt dieser Frage annehmen. Frei nach dem Motto „Be your own bank” wäre es außerdem wünschenswert, wenn der einzelne Bitcoin-Nutzer nicht nur krypto-fit, sondern quantum safe ist. Im Teil zwei dieser Artikelreihe diskutieren wir deshalb, was für Möglichkeiten wir zur ...

Wie sicher sind Ethereum, Ripple, Bitcoin und Co.? Um dieses Thema geht es im Video. Empfehlungen an dich: Binance hier nutzen/kaufen: https://www.binance.co... This video is unavailable. Watch Queue Queue. Watch Queue Queue Bitcoin Broke the descending triangle and dropped below $8,000, the main reason why this happened is when came out regarding google quantum computer. In this video I will explain what is quantum ... Binance - exchange are glad to announce news about Btc with Bitcoin price prediction. Also, we prepared a distribution 6 000 BTC cryptocurrency coins to give... Subscribe for daily crypto videos : https://goo.gl/zm1G9x Bitcoin will be the new store of value and crypto will be the new technology evolution and I want to be a part of that trough this channel ... Bitcoin.de Wallet - https://goo.gl/s6wMpq Folge mir auf Twitter - https://goo.gl/9pYCWv 3% RABATT für ALLE deine Einkäufe mit dem Code: 3jBZqP Teste Genesis Mining jetzt - https://goo.gl/umoNjH “The problem isn’t really Bitcoin. If we get quantum computers that can do thousands of qubits without a correction and consistent results, we have a much bigger problem. The bigger problem we ... Binance considered rolling back the Bitcoin chain in order to recover stolen funds. How would that have happened? How likely is it that such a recovery method would be executed in the future? PODCAST: Quantum Computing 2019: With innovations being made consistently in the quantum computing environment, the same questions continue to come up. Will quantum computers break bitcoin? WIll ...